A new adventure by the creators of Gacha Life 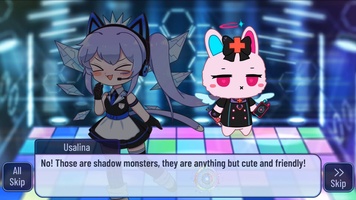 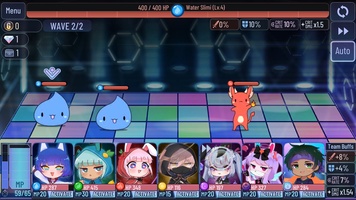 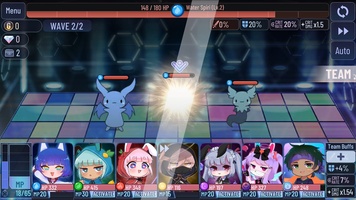 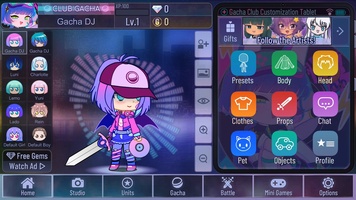 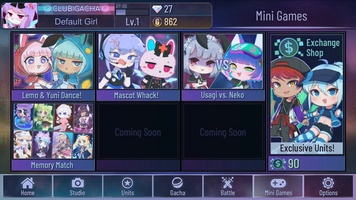 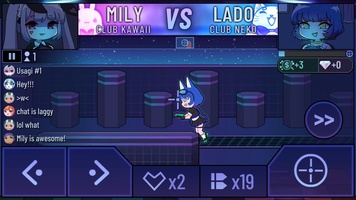 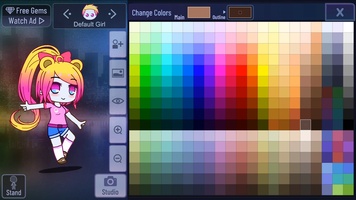 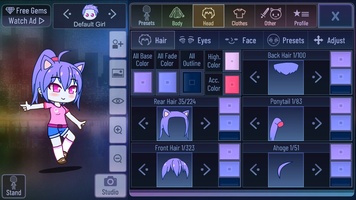 Advertisement
Gacha Club is a casual game that gives you the chance to create and customize a bunch of different characters like never before from the comfort of your smartphone. By now, you may be familiar with its prequel, Gacha Life. However, Gacha Club also includes a battle mode where you can fight your enemies with more than 180 possible units.

In Gacha Club you have absolute control over the creation of your characters using the incredible editor that gives you enormous freedom. You can customize your character's skin tone, face shape, hair, eyes, facial expression, etc. The level of detail is incredible, and that's not even taking into account the different clothes and accessories you can choose from. But that's not all, there are also pets and more than 600 different poses available.

The Studio mode lets you create scenes with up to ten different characters, so unleash your creativity to its highest potential. Add a dialogue, objects, and pets. You can also choose from a huge variety of stage backgrounds. But without a doubt, the best thing about Gacha Club is that you can introduce a Narrator that allows you to create different scenes as if you were in front of a comic book starring your heroes.

The game also features four different battle modes where you get to fight against hordes of enemies to the beat of the music. The story mode in Gacha Club reunites you with well-known characters, as well as new ones that introduce you to the world of DJing in this fun title.

Gacha Club is a fantastic game full of possibilities that lets you create characters from scratch, customize existing ones to your liking, create scenes with them or fight using the different modes available. Plus, it includes several mini-games where you can continue to enjoy the protagonists' adventures. We're talking about a game that you can enjoy offline and where all the editing elements are totally free.

Why is this app published on Uptodown?
(More information)

it is very good

The app is great but not downloading for Android but I can only download it from the play store what's the plobrema?